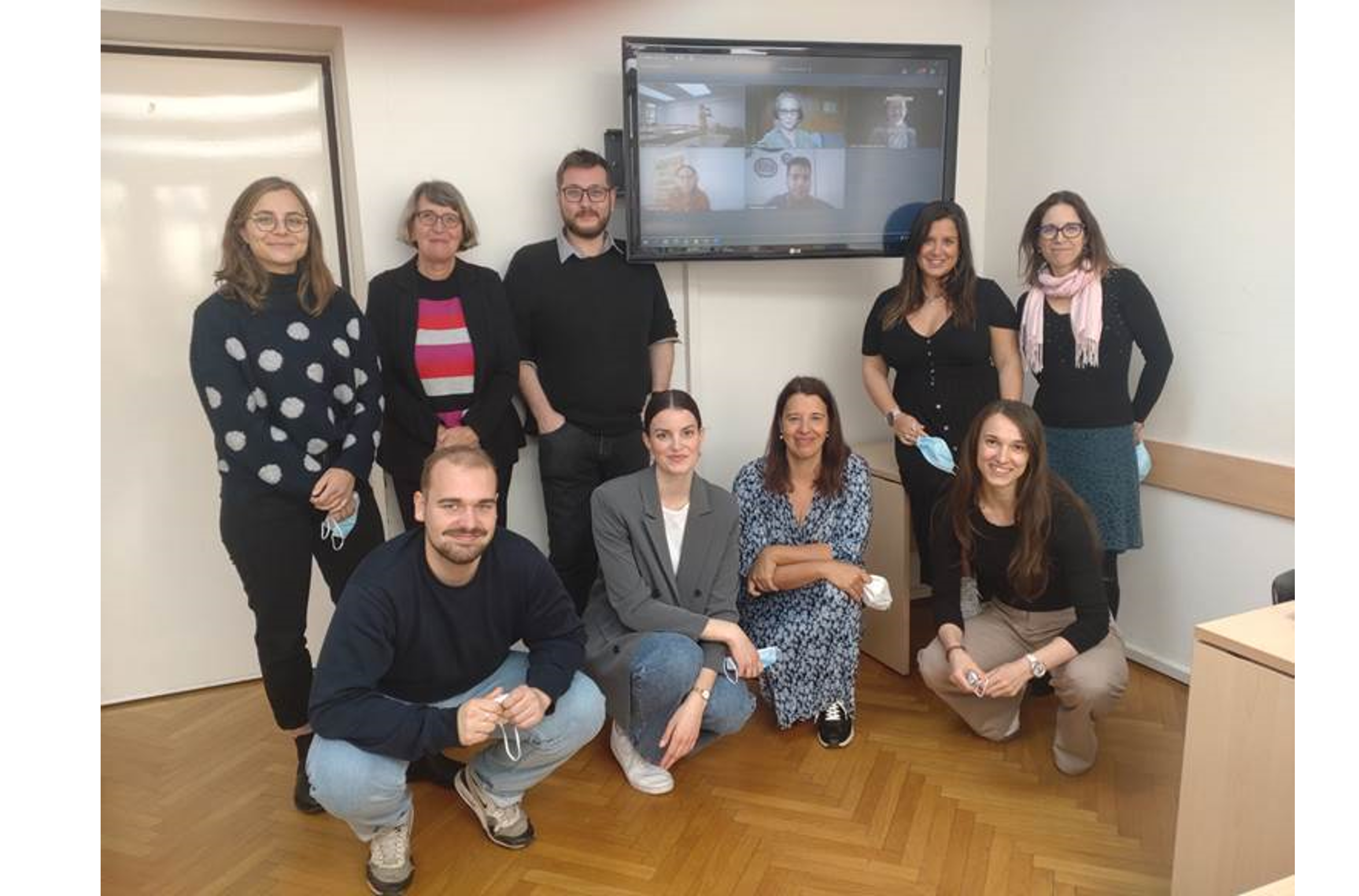 Carina Dantas and Flávia Rodrigues of SHINE 2Europe attended in the third transnational meeting of the STEP_UP project, which took place on 5 and 6 April in Zagreb, Croatia.

This project, whose main result will be an educational game to raise awareness of how to deal with a pandemic, aims to develop adult education tools with particular emphasis on the social sector and community agents.

Portugal coordinates this European ERASMUS+ project, through SHINE 2Europe, with the remaining partners being AFEdemy from the Netherlands, ISIS from Germany, Wise Angle from Spain and CIPH from Croatia.

It was the latter, the Institute of Public Health of Croatia, the host of the meeting, in which was presented the current state of the development of the game and where it was possible to see the first images of the characters that compose it, scenarios and interface. The final results of a wide-up survey on the measures used in the various countries to deal with the pandemic and which will be soon published were also presented. This questionnaire was completed by physicians, caregivers, volunteers, nurses, political representatives, among others. There was also an opportunity to present the progress in the manual of social and political interventions and in the trainer’s toolkit that are being developed within the scope of the project.

The partners of the STEP_UP project received a warm welcome from the Croatian partner, who prepared a pleasant surprise at the end of the working meeting: a historical tour guided by a witch, who was in fact a historian who captivated the attention of all participants with its historical and fantastic version of the city of Zagreb.

The project partners will continue work to bring their educational game to the public STEP_UP | Stop Epidemic Growth Through Learning.