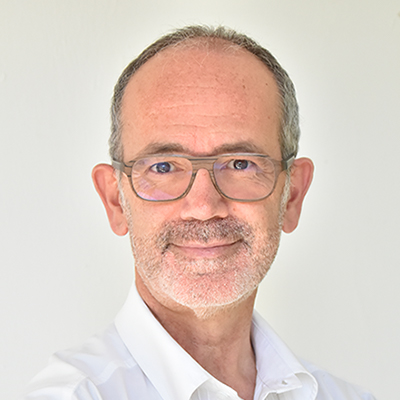 Holds a Computer Science Degree, Basque Country University (Spain), and a Master of Science (MSc) in Design and Management of Communication Systems, Centre d’Ingénierie des Technologies de la Communication (France and Spain). He has gained extensive international experience within various project management, ICT and healthy ageing areas and is working on research and implementation of age-friendly environments in Europe since 2017 in AFEdemy, a company he co-founded together with his Dutch business partner Willeke van Staalduinen. Initially, he was working in Germany, first in the European Space Agency as a telecommunications engineer, then in a multinational consulting company (Atos Origin) as a Senior IT Specialist and in a German research company as a senior software engineer and project leader. He was over 15 years the leader of the R&D Department within tioman & partners, SL, which he co-founded and was dedicated to promoting and facilitating innovation for better ageing. He was in 2016 and 2017 Promoter of the Action Group C2 “Interoperable independent living solutions” of the European Innovation Partnership (EIP) on Active and Healthy Ageing (AHA). He also was Research Project Officer at AGE Platform Europe and R&D Director at INNJOY and collaborated as a teacher of the module “Technology to the service of elderly people necessities” of the Master of Science (MSc) in Social Gerontology at the University of Barcelona. His research areas of interest include Human Centred Innovation, Design and Creativity. He is fluent in German, English, French and Spanish.